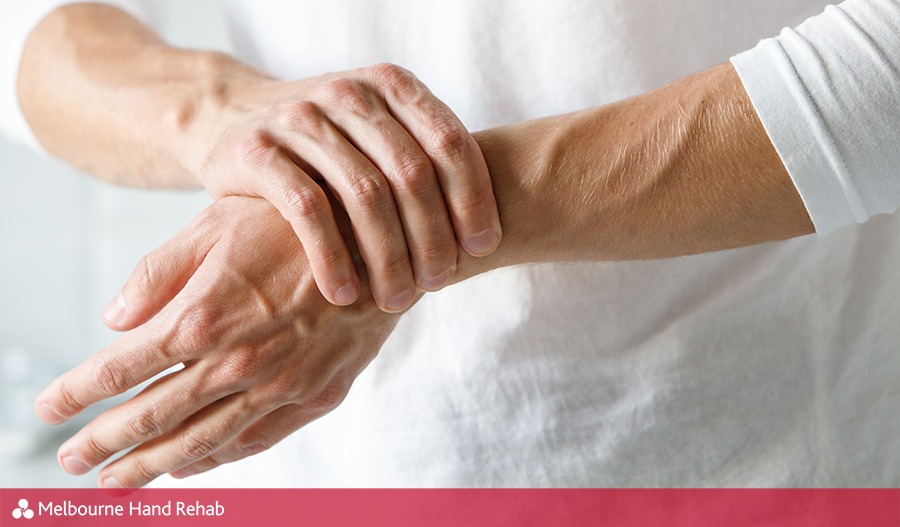 Posted at 10:00h in Blog by Melbourne Hand Rehab

Since the 17th century, there have been documented accounts of altered body responses to trauma at the hands. Authors during the American civil war described unusual bodily changes occurring secondary to gunshot wounds: persistent burning pain, increased sensitivity, swelling, joint stiffness, and changes to skin colour and temperature.

The phenomenon presently referred to as “Complex Regional Pain Syndrome” has been found across many cultures, having over 100 names attributed to the syndrome across various languages.

The first sign of CRPS in clinic is often that swelling and stiffness are more severe and are unusually resistant to resolution: this can be very frustrating for patients. A collection of related symptoms may present themselves over the coming weeks. These physical changes can be very distressing for the patient.

There is no simple formula for the rehabilitation of upper limb traumas. In the best case scenario, patients are back to 100% within a matter of weeks, but it’s not always this simple.

Symptoms are often exacerbated by physical use of the hand, which can be frightening for patients who may believe they have reinjured themselves.

It is usual for our CRPS patients to present with several of the following changes, even after their initial injury has healed:

CRPS can be a slow and frustrating complication for even the most straightforward injuries. It is a condition that we deal with regularly at Melbourne Hand Rehab. Pain science has evolved tremendously over the past 15 years.

Across our clinics, therapists use and recommend evidence-based best treatment practices to manage CRPS. Treatment programs may include:

If you are experiencing hand or wrist pain, don’t hesitate to get in touch. We’d love to help you.